Indulge yourself in the comfort of Fireplace

When it comes to electrical appliances a water heater has some unique requirements. Like for instance, it has devoted circuit breakers to which nothing else is connected.

Often times these breakers trip erratically for no obvious reasons, when that happens you can use them again by resetting it.

Some other times you won’t be able to reset them and that could be a problem.

All things being said circuit breakers do have a reason whenever they trip, needless to say, this can be a dangerous situation that necessitates immediate attention.

In this following article we shall talk about the issues which cause the electric water heater circuit breaker to keep tripping, and how to troubleshoot these said issues. 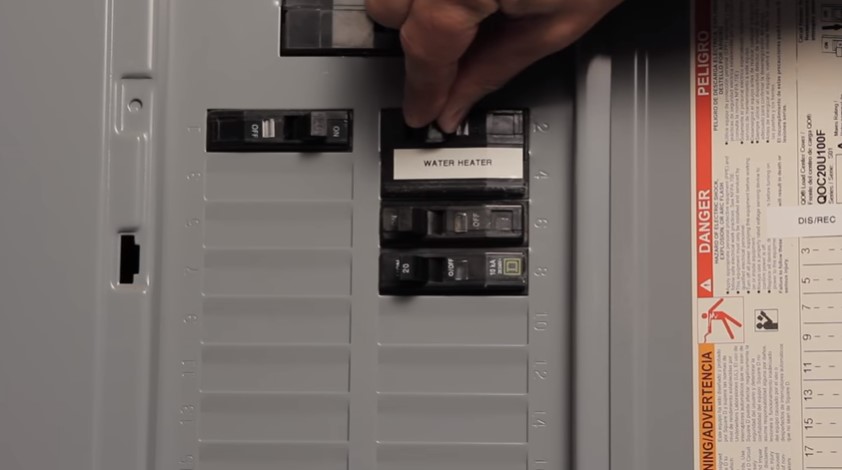 It might just be a simple wiring issue causing your breaker to trip, so turn off the power, and open the panel and check the part where your heater is attached to your house’s wiring.

There’s probably some damaged/burned wire or something on par with it, you will probably smell smoke in case of wire burning.

So just replace the damaged part then start using the heater. 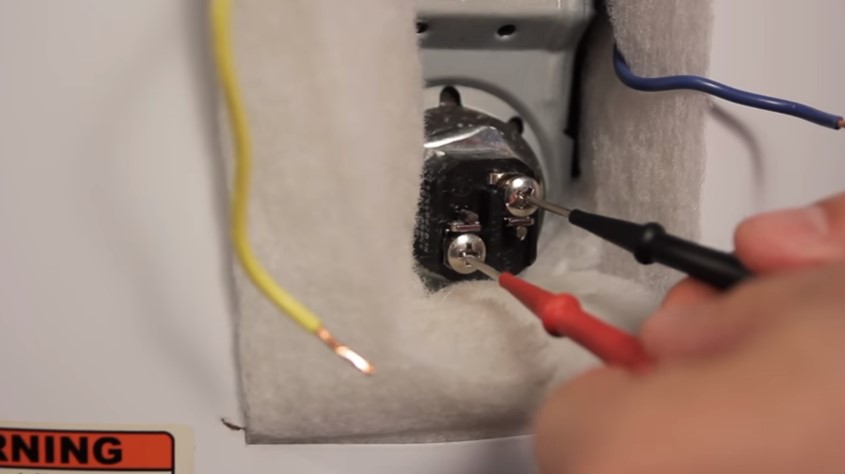 So if it isn’t the internal wiring then it has to be in the external panel, either a damaged\loose connection or wire. Sometimes it could just be a shabby breaker.

Inspect the wiring to see if there are any bad or loose wire, if the issue isn’t with the wiring then it’s the breaker who is causing the trouble.

In that case, replace the breaker but make sure you replace it with the one which has the same rating.

For instance, if you replaced it with the one which has a higher rating, then the circuit will overheat due to the flow of more current than required.

Often neglected and yet a serious concern, water leakage from heater could cause some serious damage in the guise of electrical shock.

The leakage could be due to gasket malfunctioning of the heating element, in any case, turn off (if it hasn’t shut down already) the breaker and then repair the leak. 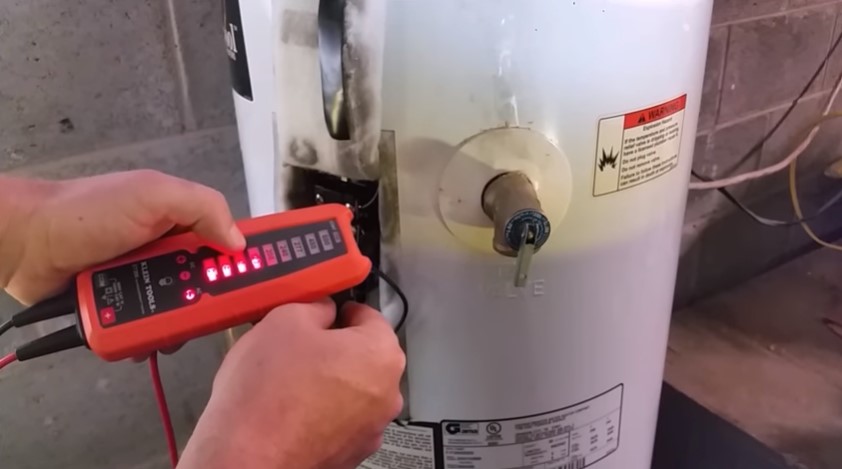 In every electric heater, you may find a limit switch whose function is to keep the water from surpassing 180°.

As preordained, the limit switch (which is a small red-colored reset button found on the heater) trip as soon as the water reaches 180°.

As you can tell that this vital aspect is what protects you from getting blistered by extremely hot water.

A faulty thermostat is the most common reason behind the tripping of a light switch. Basically, there are two thermostats one for each element of the electric heater.

By working together these thermostats ensure that only one element gets heated at any given time.

So in an event, if they go rogue both heating elements get stuck in the on position thereby heating the water continuously.

Moreover, when both elements stay on simultaneously they end up overloading the circuit and become hot by drawing too much power, this eventually causes the breaker to trip.

Note: Keep a multimeter handy as it can be used to check the thermostats.

As discussed above most of the electric water heaters have dual heating elements, commonly termed as upper and lower elements.

They work in association with each other to maintain a continuous supply of hot water.

Upon failure the heating element would stop heating the water, in such cases, you can just check the element by opening it internally.

At times the casing of the element itself gets split open, which exposes the electrical segment of the element to the water causing it to short circuit and trip the breaker.

Just like a thermostat, a heating element can also be tested using a multimeter.

So when you record the resistance values, compare them with the required values, if they don’t match then you should replace the heating element.

What needs to be done?

If starting an electrical fire is not on your bucket list, then I suggest not to flip the switch back on continuously while the breaker keeps tripping.

There’s got to be a reason as to why the breaker keeps tripping, and that reason won’t go away on its own.

So turn the breaker off and troubleshoot the problem, it's not that hard just follow the steps stated in the manufacturer manual.

Goes without saying, always take precautions and stay safe, I know it is frustrating when your electric water heater keeps tripping, but you got to be careful around electrical appliances.

It’s better to avoid rectifying the issue if you have no prior experience with electrical lines.

But the good thing about the water heater is that it’s quite easy to track down the problem, the culprit will be either of the above-mentioned ones.